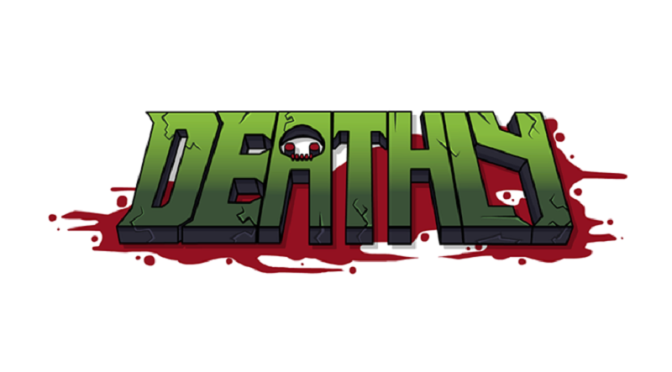 The main character of Deathly,  AbstrAKT Games‘s work-in-progress, thinks he can escape death by living in a remote mountain cottage with his loved one.

“He’s just so scared of all the things that he can’t control in the world, so he puts himself in a situation where he thinks he can control everything in the world.”

Deathly is a 2D platformer with an emphasis on exploration. Although visually similar to Terraria, Uithoven said it’s inspired by a game from his childhood.

“It’s not Terraria in the sense that you can dig up the ground and build,” he said. “It’s more along the lines of classic Metroid.” 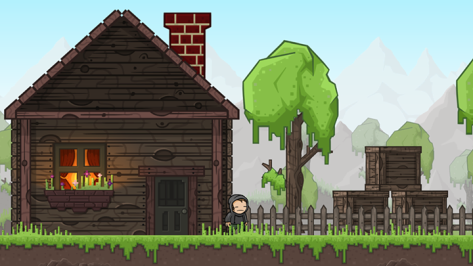 He’s designing the game to focus on exploration because that kind of depth something other platformers struggle with.  He thinks too many 2D games follow the prototype of Super Mario Bros., only traveling “from point A to point B.”

He said Deathly will introduce its basic gameplay, then introduce a unique mechanic about a quarter of the way through. Uithoven said the plan is to “flip it” on the player, and “reverse the mechanics, but in an interesting way.”

To encourage exploration and discovery, parts of the map will be locked to players until they unlock new abilities, which is meant to encourage revisiting of past areas.  Uithoven even mentioned tasking players with deciphering an unknown language to solve certain puzzles.

Those types of challenges will further his goal of conveying a story without spelling everything out. 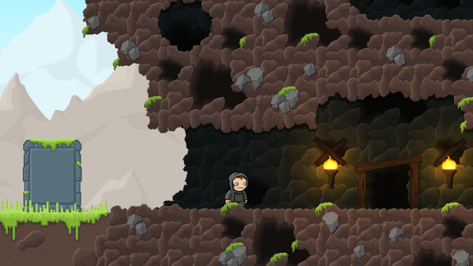 “I’m trying to confer everything with emotion, through the character and everything around you,” Uithoven said.

He said that strategy is conveyed through the art style, which features vibrant colors and picture perfect terrain — but Uithoven hinted at a contrasting style developing as thestory goes on.

Deathly should have a demo available by the end of may, Uithoven said. He had worked alone before, but he’s brought his brother Kyle into the fold to speed development.  The only other person they might bring in is a musician.

The plan is for Deathly to be AbstrAKT Games’s first major release, Uithoven said. They’ve developed smaller titles before, but this is the one he wants to grab the attention of Valve and Sony with.

“Developers always say, ‘Make the game you want to make, because that will satisfy you,'” Uithoven said. “And this is it. This is the game I want to make.”