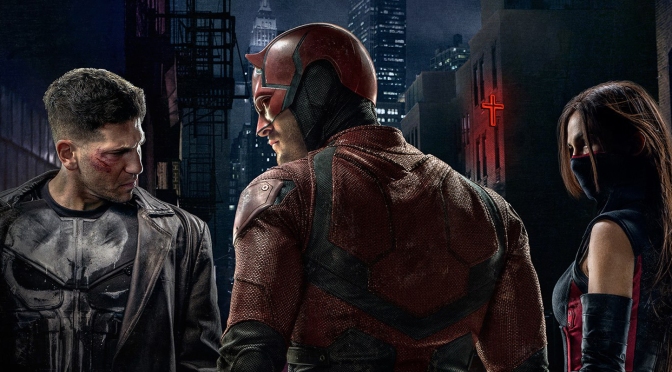 In Daredevil, Matt Murdock stretches himself thin trying to be a hero, a lawyer and a friend all at once. He tries to do too much, and as a consequence, things are left unfinished or neglected. Just like its main character, Daredevil’s second season stretches itself across too many subplots, and it leaves the show muddled and shallow.

Fisk worked so well as a villain because he had a clear goal: taking over Hell’s Kitchen. And that goal permeated the entire season. In season two, our first villain is Frank Castle, A.K.A. The Punisher. He’s one a one-man rampage against organized crime, and he even bests Daredevil right off the bat.

The back-and-forth between the two characters over their similarities and differences makes for some great dialogue. But Punisher is apprehended after just a few episodes, and the show suddenly turns into a legal drama.

Frank Castle’s trial is the first time the show starts to lose some steam. We learn more about his story, and it becomes clear that he’s not the real villain of this season. So who is? At this point, we still don’t know. Then, Elektra shows up and kicks off a subplot about zombie ninjas or something. She helps Daredevil find a giant plot hole in the ground, which is completely forgotten about and never mentioned again.

Other than Stick’s vague threat about a mystical war, we still have no idea who our villain is. You might say it’s District Attorney Reyes, but she too makes too quick of an exit to leave an impression.

By the time Castle’s trial is over, we’re halfway through the season, and still have no real villain. Luckily, Wilson Fisk shows up to save the day. Except, not really. Vincent D’Onofrio’s portrayal of the character is incredible, he’s not this season’s big bad.

Sure, he’s gaining power in prison and will get out eventually, but he’s only around long enough to pull some strings in Punisher’s release. And just like that, his role in season two is complete.

After half of the season, we’re finally introduced to what could be called this year’s villain: Nobu, the ninja who fought Daredevil in season one and supposedly died in a fiery explosion. But now he’s back with a vengeance and a convoluted involving blood-drained zombies, a big stone coffin and a magical MacGuffin named Elektra.

Supposedly she’s the “Black Sky,” some kind of mythical… weapon? That Nobu will use to do… something. I’m not being sarcastic; I honestly have no idea what the Black Sky is. The characters seem to know, but nobody bothered to tell the poor audience.

I usually don’t have any problems following most TV show and movie plots. When people complain about something being confusing, I usually discount it as them not paying attention.

That made it all the more surprising how many times I had to ask myself why something was happening in season two. Why is Elektra the MacGuffin all of a sudden? What the hell is a Black Sky anyway, and why do the zombie ninjas want it? What’s the deal with all the blood draining? 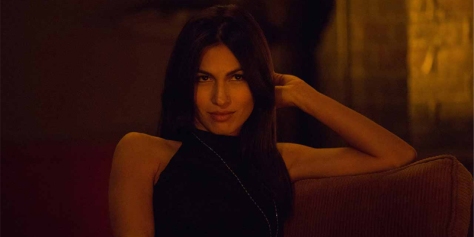 I haven’t even mentioned the subplot involving Punisher after his escape. Let’s ignore the whole thing about the District Attorney planning a drug sting in the middle of a park for a second. When exactly did Punisher’s former commanding officer become a druglord? Did the Blacksmith know that Castle and his family would be in the park that day?

We don’t get answers to any of these questions, of course, because the C.O. is quickly killed off before he can explain anything. It’s like the writers wanted the druglord to be someone who had been previously introduced, but they only had one character that worked for, so they just forced it to work.

Season two comes to a close with Daredevil and Elektra fighting off a literal army of zombie ninjas (at least I think they’re zombies?) on a rooftop. Punisher shows up and shoots like, four guys, and Elektra is killed in a tragic accident. Her death loses all of its weight, though, because you just know there’s going to be an end-credits scene involving her resurrection.

It had the exact opposite effect of Ben Urich’s death in season one. Anyway, the threat to Hell’s Kitchen that was never really explained is now ended. Nelson & Murdock is over, and our protagonists all find themselves in new environments. Perhaps the biggest mystery going into season three is how Matt is going to pay his bills.

It’s nothing new for a series to experience a bit of a sophomore slump. Daredevil’s writers were put in a difficult situation in writing season two: Wilson Fisk was such a great villain that it would be nearly impossible to match him in season two. And you couldn’t just bring him back as the main bad guy for the second year in a row.

But there was just too much going on between Punisher, Elektra, Stick, the Hand, Nelson & Murdock and Karen Page for this season to make sense. There’s no clear villain, no singular driving force behind the story, and nothing is explained thoroughly. Just like Matt Murdock, Daredevil might be better served focusing its efforts on a single goal.

This season is still worth a watch, and there are plenty of good moments. But you just might need Daredevil’s super senses to make any real sense of the plot.